According to Buddhist psychology, one of the three malicious fires burning in our soul is delusion (the other two are greed and aversion). The process of extinguishing these fires is called Nirvana, often misunderstood as a kind of Buddhist heaven. No, Nirvana is not a place to reach somewhere out there, one far day, it is our internal fire fighter in action.

As a child I grew up in a somewhat rough environment. My way back home from school went through a residential area of railway workers. Railway workers, at that time (and maybe still today), were a tough type of human being, and so were their plenty of kids. Quickly mastering the hands-on lesson on avoiding conflicts with others who were usually taller and always more than one was inevitable to survive this daily running the gauntlet.

A particular game those hooligan kids loved to play was catching me and asking simple questions, like, “what is 2 plus 2 ?”. If I answered “four” I got slapped, and they asked again, indicating the “right” answer was some other number. Unless you subdued to their truth, there was no escape. It was a sheer demonstration of power by not just defining what is true, but by making you confirm some obvious nonsense just because they forced you to do so. 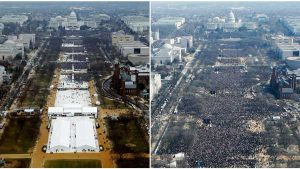 I am sure those boys never read Orwell’s 1984, they had no idea the terror of making you admit that “two plus two makes five” was described long before they were born.

Extinguishing the fire of delusion, seeing things as they are is a fundamental exercise. As a Physicist with some training in Quantum Mechanics I had a few footnotes to share concerning things as they are in relation to my process of observing them, but this is a totally different story. Most facts of our every day world, say, a statement about the number of people in a crowd, can unambiguously be determined as either true or false. 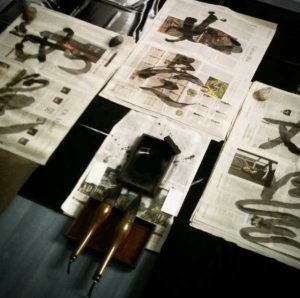 We wrote “This Is!” during our Hitsuzendo class.

If someone insists on calling the obviously false statement as true, he is nothing but fuelling the fire of delusion. Either he tries to avoid seeing things as they are, preferring to watch self-fabricated fantasy bubbles instead. Or, he wants to wield power on others by forcing them to bow to some obviously false views. Or both.

In any case, trading the truth for some self-made alternative facts is eventually a first class invitation for suffering. My own suffering, and the suffering of those who have to deal with or endure me.

Last week we wrote 如是 (“NYOZE”) during our Dojo’s Hitsuzendo (Zen-Calligraphy) class. The Japanese “NYOZE”  is hard to translate, maybe “This Is!” might be a not so bad match.

At the end of the class I said to my students: “This is a political statement! Don’t believe Zen has nothing to say about politics.”