The first ideas about Eastern Philosophy came to me through movies. There was the Star Wars from George Lucas (I wrote about in an earlier post), and as an elementary school kid I watched the TV series Kung Fu, telling the adventures of a Shaolin Monk (performed by David Carradine).

Me and my friends did not much like the fighting scenes,  since (hard to imagine today), using your feet and legs, even during most severe fights in the school-yard, was absolutely banned as being girlish and mean. But I was much impressed by the hardships the young novices had to endure, before they were allowed to enter the temple. 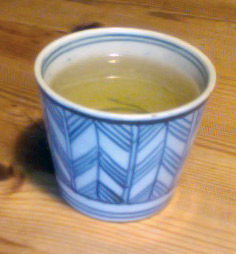 Especially one scene engraved in my early memory: when a few selected boys, after waiting outside the temple for days, were eventually let in and offered tea. Thirsty as they were, all kids drank immediately, all except the one, who was then allowed to stay in the temple: he waited, until the old master put up his cup …

The message, the little boy I was back then took from watching Kung Fu on TV: aside from paying a certain amount of respect, observing your seniors with full attention is the best (if not only) chance to learn something from them!

Today, fortunately, a first encounter with Zen and Zen-Arts is possible through authentic teacher, not just the TV. But watch out, when the old master offers his young want-to-be student some tea!