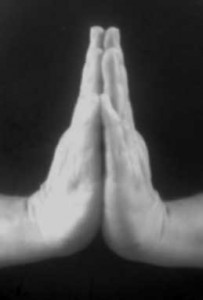 Today three years ago the disastrous earthquake and tsunami occurred which triggered the meltdown of three blocks of the Fukushima Daiichi nuclear power plant. Over 300.000 people had to be evacuated, many of them for an uncertain time to be. While the dead are buried and mourned and rest in peace, the living still suffer. From beginning of April 2014 former residents of an eastern strip of the Miyakoji district of Tamura, Fukushima Prefecture, are “being allowed” to return back to their homes.

I vividly remember an evening in May 1986. I was cycling for two hours through heavy rain, and after arriving back home all soaked I heard the urgent warning on radio not to go out. A few days earlier a catastrophic disaster had occurred at the Chernobyl nuclear power-plant, some 1500 km away. Over the day the politicians’ soothing message repeating there would never be any danger “for us” was replaced by scary news of ever increasing radiation levels.

The summer was awful, friends of mine engaged in organic farming had the radioactive contamination of their grass and harvest measured and decided to discard all the milk from their cattle. Mothers were concerned about food safety and we helped them to measure radiation levels with cheap and clumsy devices, just to find occasional probes contaminated far beyond any safety limits. At playgrounds and school-yards “hot spots” of singular highly radioactivity particles were found, and I spent a significant part of my spare time explaining to an ever growing audience the scientific basics of what radio-activity is and how it can cause harm … it was a time of much fear and much confusion.

Remembering my own experiences from 1986, I feel with those who have no chance but to return to a superficially decontaminated area. The objective risk for children developing cancer later in their life is adding to the fear concerning something which cannot be sensed, only measured and reasoned. By operating a technology which can cause such harm over centuries if not millennia to come, I wonder if this shouldn’t be considered a new kind of “dukkha”? Not like the “dukkha” known under that name for 2500 years, a suffering caused by circumstances unavoidably linked to human life (birth, ageing and death) or man-made distress (greed, aversion and delusion), but a suffering from a man-made impossible future, which does not provide any hope to live “good” and “healthy” ever again? The “nuclear dukkha”.