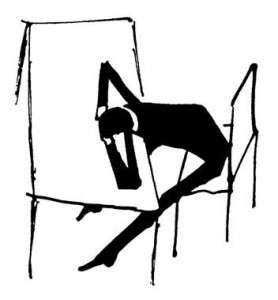 As a young student, more than half a life ago, I shared a spacious old flat with a few endearing fellows. We spent nights and days sitting around our kitchen table with our friends and friends’ friends discussing all issues of life and death and beyond. Though, regardless which oh so important matter was at the start of our discussion marathons, inevitably we ended up with our two ever favourite topics, namely “I, me, and myself”, or “conjectures concerning others”.

One reason why against all odds I eventually completed my academic education and spent almost two decades touring around the world meeting distinguished fellow researchers lies in the observation how rare and valuable a particular characteristic of trained scientists is: the ability and willingness to discuss a certain topic to come to a conclusion sooner or later, a conclusion which for most (if not all) disputants is agreeable. That is quite the opposite of what we celebrated while sitting around our kitchen table. The development of science, I realised, is not merely a means for producing amazing machines (such as the computer I employ for writing this text), it is the endeavour stretching over centuries conducted by generations of radically honest people dedicated to successfully discuss questions towards mutual agreement.

Consequently, any attempt to pit science and religion against each other must not neglect to take into account the different traditions of communication within both fields: a doctrinal system of fixed believes imparted top down within a strictly vertical hierarchy versus a democratic culture of skilled communication producing the transient truth called science. I was recently asked:

How can you be a scientist and practice Buddhism at the same time?

No problem, my understanding of Zen-Buddhism is by all means a secular (*) one. No disposition whatsoever to trade in a polite scientific discourse against a bundle of doctrinal believes.

The only other way of communication I cherish is radically individual, not aiming at any achievement or consensus while turning the inside out: communication through art. It is not very likely I will ever again in my life join a mutual exchange at the kitchen table, even when kitchen and table are virtual installations lost in the vast space of the world wide web …

(*) my interpretation of the term secular maybe deserves some clarification, as I learned from the feed-back to this article. In an earlier version I wrote “my understanding of Zen-Buddhism is by no means a religious one”. The term “religious” apparently caused even more confusion …

I understand secular from it’s Latin root, saecularis, meaning both “worldly” and “temporal”. A secular understanding (e.g. of Zen-Buddhism) is therefore this-worldly, that means, not engaging in speculations about what was before, what will come after or what is beyond this life in this world, it is (as Zen always is) dealing with what is here and now. The second aspect temporal I read equivalent to contemporary in a way that it is up to date with science and society of the 21st century. That does not imply I completely disregard a teaching which was suitable for parts of the Indian society 2500 years ago or what developed from this root over the centuries in contact with various cultures. By no means I restrict myself to what has been said and written far away and long ago.

I am well aware there is a relatively young movement called “Secular Buddhism“. I don’t know enough about it to say if my view of “secular” and the one of the Secular Buddhists are similar, yet I have the impression there might be a certain, if not significant overlap … I explained elsewhere why I want to call what I am doing simply “Raku Zen”.