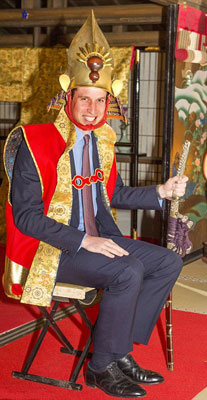 UFFF-UFFF-UAGHHH … every now and then I can hear such weird noise outside my Dojo. What sounds like a mating deer or an asthmatic angry dog usually turns out to be the utterance of some post-adolescent male, to all appearances belonging to the species homo sapiens.

How comes a wooden signpost with Japanese characters next to the entrance and a calligraphy and a flower in the otherwise empty window can trigger this kind of acoustic degeneration?

During my stays in Japan I witnessed a variety of inept behaviour by guests being overwhelmed by the unfamiliar culture, not just a few of such stunts performed by myself. Though with a specific kind of people, a Japanese environment seems to provoke the production of a sound-scape and actions which might be inspired by a previous overconsumption of certain Asian martial art films.

I speculate that the mixture of feeling illiterate and helpless like a kid in the face of an unintelligible language and culture, together with the onset of megalomania fuelled by the host’s (never before in such way experienced) politeness motivates the uncontrolled release of accumulated prejudice. 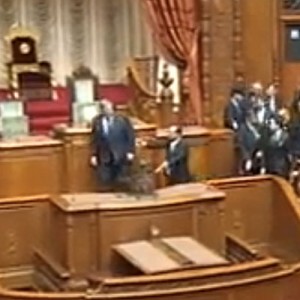 The Polish President, being asked to climb down the chair of the speaker of Japan’s Diet

It is more than just a bit disturbing to read the Polish President Bronisław Komorowski called his national-security adviser “Shogun” during a photo shooting in the Japanese parliament, just minutes before he mounted the chair of the speaker of Japan’s Diet.

Japan provides such an excellent environment for us to experience and learn new things – or to make a complete fool out of ourselves. This is one reason why I decided (beyond my private preference for Japanese aesthetics) to maintain a distinct “Japanese Style” at my Dojo. The place teaches by itself, a first lesson might well be to take off your shoes …

The tabi (socks) belonging to the Japanese actress Hana Moyu (right), who showed typical Japanese hospitality (omotenashi) by not asking Prince William to take off his shoes (left) before stepping on the tatami

P.S.: In defence of Prince William who was seemingly not being prepared by the most competent advisers for his Japan trip, I want to add that he was very well received. Especially his visit to the tortured Tohoku region and (on his special request arranged) exchange with victims of the 3.11 disaster triggered some very positive resonance in the Japanese media.