The old man passed away at the holy age of 107. I never met him or much cared about his teaching, just once mentioned his obvious misconduct in this blog. I don’t want to write much more about someone who is dead, who was in jail for defrauding money and who molested so many of his female students. If you are interested in a first-hand discussion of what had happened, I recommend the article “Some Reflections on Rinzai-ji” by Giko David Rubin, published on Sweeping Zen.

What I want to understand is: why did and still do so many Zen practitioners justify and defend his actions, appreciate him as a great teacher and condemn those who criticise or rejected his behaviour. What makes someone with more or less considerable Zen experience or just a reasonable amount of common sense blind against a repeated and obvious misconduct? Why is even a discussion on all that suppressed, holding up an ideal of silently and blindfoldly following your “enlightened teacher”? A story of it’s own tells the version history of the German Wikipedia article, in which any mentioning or discussion concerning Sasaki Roshi’s behaviour was consequently erased.

Let us try to understand …

“Mr. A was an excellent mathematician, but he stole his institutes’s money and molested his female students.”
I guess most of us can agree such thing is possible, although most likely we’d wish to hear it as an explanation for the end of an otherwise successful academic career.

“Mr. B was an excellent doctor, but he stole the hospital’s money and molested his female patients.”
Maybe we can argue: being a good surgeon and having a good character is not necessarily related. But our doctor we want to trust, not just for his or her technical skills. Possibly a case which can trigger some controversy in a serious discussion? 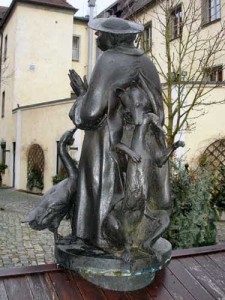 What would we say to a person standing up in a serious defence of Mr. D being a good Christian? Someone saying “In spite of his steeling the Church’s money, in spite of molesting the female parishioners who fully trust him, he was a good Christian!”  … someone maybe arguing “His sermon was so deep and so full of insight and humanity, we cannot account his possible occasional and past misbehaviour against such great words!” … someone proclaiming “He stands so high above us all, how dare we to judge such a person’s action we hardly can understand?” .  What would you think, not of Mr. D, but of the person speaking up in his defence as a good priest and Christian?

Likely, most of us would doubt the interceder’s ability or willingness to reason, to make a responsible decision, and some of us might want to investigate his or her potential (or imagined) benefit arising from defending Mr. D.

Is the case of Sasaki Roshi’s defenders comparable to those of our imagined Mr. D?

I would argue yes, clearly! Being ordained in the Myoshinji lineage, I very well know the Ten Precepts which should have guided also Sasaki Roshi’s life. Amongst them are (in my own rendering of the ancient Japanese) “not fooling around with female”, “not taking what has not been given to you”, “not lying”, “not harming others”, and interesting enough also “not pretending a rank you do not comply with”.

Which understanding of Zen could make it possible to rationalise an obvious conflict between these percepts and steeling money or molesting students? Which Zen practice failed to see and deal with that, over decades, a Zen practice performed by ordained Westerners holding ranks, wearing Japanese cloths, living and practising in a building shaped like a Japanese Zen temple and (I assume) meticulously performing ancient traditional rituals day after day? None of this contributed to dealing with even the most obvious! Wouldn’t that be reason enough for any serious Zen practitioner  to let go all that bullshit and get back to the roots?

If it cannot be explained in a reasonable way, we may speculate the reasons for defending what is not defensible are hidden in a maze of dependency, ego (of defending ranks and positions and a life-style based on these), the fear of destroying illusions associated with a leading figure and the unwillingness to admit major parts of the own biography consist of devoting so much life-time to a teacher who might not have deserved it.

Our Zen spirit, our understanding does not reveal itself through our words, through twisted explanations turning sexual harassment into a method of teaching and it’s rebuff into a manifestation of not yet being ready to receive the teachings. Our Zen spirit reveals itself through nothing but our actions, day by day, hour by hour. Zen is not following or worshipping so called tradition or it’s representatives, it is revolution!

Let’s look forward with open eyes and join forces to protect future victims of all those Mr. D wearing robes and holy cloth (or jeans and T-shirt) pretending to hold ranks and titles they don’t comply with. May the old Zen-man and his legacy rest in peace!
–
P.S. (Oct 2014): A critical reference (in German) to this article can be found here.