This blog became rather silent recently, and I have pretty good excuse for it: for the second time in my life, with a gap of 20 years, I am struggling to grow a Dojo while being father of a young baby. “Free time” is a rare gift for me these days, and I have to be careful how to spend it …

Said that, occasionally I read in the blogs of other Zen teachers. I find my reading most inspiring when their approach is not too far from mine, yet there is enough difference so I don’t always simply agree. I would, for example, never read the Zen blog of Donald Trump (no idea if he writes a Zen blog … probably not, in spite of thousands of google hits for “Zen and Donald Trump“). I guess I’d disagree all the time on everything he wrote, on obvious reasons, and there would be no lesson to be learnt for me.

Today I had again a quick look at Brad Warner’s blog. Half of what he writes usually does not interest me, since I am not into Japanese pop culture, Godzilla stuff and such. From the other half, I roughly half agree and half disagree. And most of the time I enjoy his writing, bringing things to the point. On the topic of how much time to spend on retreats, or even join monastic life for a certain longer period, Brad Warner wrote:

I mean, how are you gonna pay the bills and prepare yourself for life in this world if you’re just hanging out on a mountain somewhere staring at the walls all day with a bunch of other damaged/crazy people? (1)

So people who spend too much time in such settings can become too weak to survive without tremendous help from the rest of us. (2)

Yes. Those people are called “sodo bakka” (僧堂馬鹿) in Japanese, roughly translated as “Training Hall Idiots”. After spending too many years in the greenhouse of a monastic environment, they are perfectly adopted to function within, but rather helpless outside. Zen training does not follow the purpose of breeding sodo bakka.

On the topic of being a Zen-Monk in the context of a Western society I have not too much to say. Usually, people who put an emphasis on weather or not one is ordained, and if so, if s/he is a “lay person” or a “monk/nun” wearing black robes during Zazen anyway miss the point in Zen, not just in that aspect but as a whole. Zen praxis is not a costume play, or a way to compensate an unsatisfying career in daily life by ranks and titles after work.

Even more, I believe it is not so important how much time you spend on your cushion (and not at all in which cloths or imagined monastic rank), but how you spend it, and even more, how you spend the rest of your day. 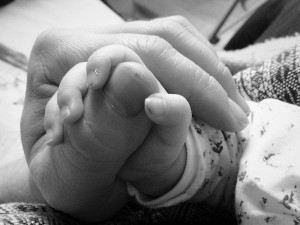 In my experience,  there are anyway just two types of Zen practitioners: those who care/d for their (or other’s) children, and those who don’t. Those who do, know what I’m talking about (in case they found the time to read until here … probably not). Those who don’t either have no children to care for for the one or other good reason, or have someone (a wife/husband, babysitter, nanny, childcare …) paid to take care of their kids.

It is incredibly hard for someone with kids to follow a regular Zen practice. Tell your partner you’re out for two hours to silently sit on a cushion, while he/she is supposed to feed and bring the little ones to bed after a hard day. Not just once a month, but say, twice a week. Or you leave home before dawn every day just to hurry to work after Zazen without having breakfast with your kids and getting them ready for school. What about leaving family for a week to go on a retreat?

It is on the other hand side really difficult to grasp the essence of Zen without the experience of seriously taking care for kids. I am aware this is a provoking statement, since “Traditional Zen Monks” don’t, at least for the longest time of Zen history. The idea of celibacy, in my eyes, was not so much introduced to improve practice. It was simply impossible in ancient India, 2500 years ago, to combine a family life with a thorough Buddhist practice (which, at these days but not today, required to leave home for good and join the community of beggars, the bikkhu). These days, in our modern society, we have the unique chance to combine the challenge of raising kids with a serious Zen practice. And both might well be of mutual support. 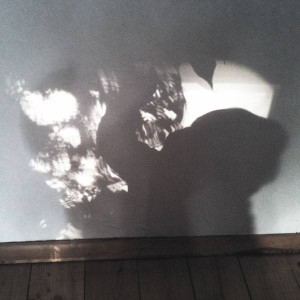 What to learn while taking care for kids, in terms of Zen? Just to name a few: unconditional compassion, a 7/24 readiness to serve, full awareness all the time (especially with little ones exploring their world), not wasting time, not even 5 minutes (it might be your only ones in 24 hours), being “here and now” with a perfect “beginners mind”, otherwise you won’t understand and can’t enjoy what the little one is expecting from your interaction. It is the best lesson on impermanence, imperfection and not-self (anica, dukkha and anatta) I can imagine.

Said that, it is a hard training indeed. Sometimes it is actually so hard, that last year I was tempted to use a grandparents’ visit as an excuse to leave and “relax” a bit over Rohatsu Sesshin at “my” Japanese Zen Temple outside Kyoto (a very strict period of Zen training during winter time with the nickname “monks killer”). I didn’t give in and continued my “father’s practise”.

Though, does it mean all parents become enlightened Zen Masters, just by breeding?

I don’t think so. I’ve seen too many parents who don’t really “care”. Many buy their time out, and/or they more or less squeeze their little ones into a life full of fast-food, entertainment and satisfaction-by-consuming, or alternatively, into the treadmill of early-life performance-optimisation to acquire imagined necessary skills for a later career.

Possibly it is a hen-and-eg problem: without a certain Zen-like experience it is very hard to really “care” for kids. And without ever caring for kids, it is very difficult to have a real Zen experience.

What to do then? I am not sure if I should really recommend my approach of having two iterations on that issue. Mental strength does not grow the same amount and speed an ageing body weakens, so more often than I’d wish I experience there are limits of what one can handle, physically and financially. I may just encourage both, parents and non-parents, not to give up and not to waste their time on minor issues like “being a monk/nun” or “how many hours per day/week/month/year” to sit on a pillow.

If you have time, practice. And if you don’t, make this your practise.