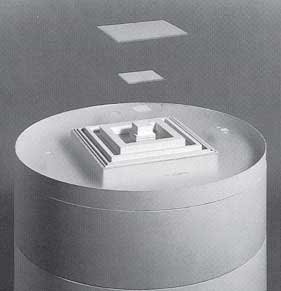 Recently I read a description (1) of how a young Western Buddhist tried to convince an educated Monk in the Tibetan tradition that the world is not, as the monk was sure to know, flat and square shaped with the huge Mount Meru in in it’s centre and surrounded by a circular ocean. They did not reach agreement though, and the Western Buddhist had to admit his arguments for a spherical earth were no better than those of the monk for the square with mountain.

This is a strikingly honest insight. If you lack the scientific training to either find out the way things are by yourself, or at least follow your fellow scientists’ arguments in all detail, it makes no difference if you believe the narratives of the one or the other grey-haired (or bald) wise old man or woman. In our enlightened Western society, the vast majority of people believing, for example, that the earth is spherical simply do believe so. They do not know, and even worse, they don’t even know they do not know.

The other day I received a message from Thailand. An old friend of mine who was ordained in the Theravada tradition a decade ago informed me the universe experienced 91 big bangs so far, and took this as a proof for the superiority of Buddhist wisdom, since modern science has not yet been able to confirm such ancient truth. Others try to proof their rendering of certain Buddhist beliefs by findings of modern Physics, namely Quantum Mechanics. Astrophysics and Quantum Mechanics. For a rather intelligent person it takes at least five years of dedicated full time academic study to master the basics of these disciplines … so if one takes a few random quotes from popular science literature to illustrate one’s spiritual believes, isn’t this just blending believe with believe? Like merging a square shaped earth with a spherical one and call it convergence of western science and Buddhist wisdom?

Shouldn’t maybe any serious Buddhist study nowadays begin with an undergraduate course in modern science? Just to catch up with some basics of an educated world view of the 21st century, for sharpening the mind towards a better awareness for the line separating what can be weighted and measured and what experienced by other means? And to thoroughly understand the difference between to know and to believe?

Though it might be more comfortable and soothing to just turn over and over again the prayer wheel enshrining ancient scriptures, and throw in some scientific believes here and there …