For the first time I am going to visit China. While writing, I regret that posting will be delayed, since blogspot.com is blocked by the Great Chinese Firewall, and I don’t want to bring my kind hosts in trouble by tunnelling data to websites considered as illegal here. 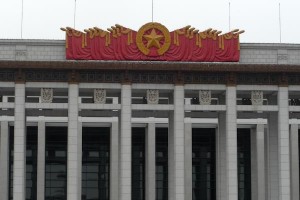 I am not so much concerned by censorship, which can always be bypassed, but by the fact how much power the Chinese government believes words can have.

In Zen, we do not give much about words, it is more our actions or non-actions that speak.

Practising Zen might not be able to synchronise a large number of people quick and efficiently, for example to launch a revolution against the political regime. But I believe it is more persistent and much stronger than any political regime can dream of, and not easily affected by any censorship.