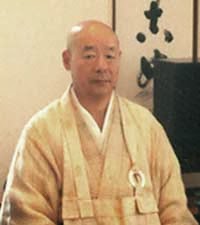 Some time ago I wrote about “Abuse and Zen” in this blog, referring to the case of Eido Tai Shimano Roshi, a prominent Zen Master teaching in the U.S. After decades of struggle and allegations of sexual misconduct, the “Zen Studies Society” eventually parted from their former Abbot in December 2010.

Recently I read that Eido Shimano and his wife are suing Zen Studies Society for damages in excess of $2 million USD because of not having received any retirement payment. Furthermore, the couple wishes to regain what is described in the court document as “as significant collection of spiritual and artistic items”. A married Roshi abuses female students and later sues the community which over decades covered up his misconduct for a pension? In addition, the man who is supposed to own nothing more than a bowl and three robes wants to have back his precious art collection … 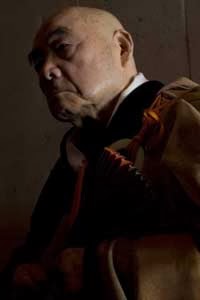 Read here a recent Daily Mail article about Joshu Sasaki Roshi, another Japanese Zen Master teaching in the U.S. since the early 60ies and maybe known as the Zen teacher of Leonard Cohen. Joshu Sasaki “has allegedly groped and sexually harassed women across the U.S. for over 50 years.”. The article states “accusations
have been circulating since the early 70s”, but the Zen community covered up. A New York Times article is quoting victims who confronted the community and Mr Sasaki concerning his misconduct received no support and were driven out. The whole case did not become public until this article was psoted in sweepingzen.com in November 2012.

More than a century ago Japanese Zen started to root in the U.S., though in the light of these severe cases of misconduct of two most prominent Masters and their large communities covering up, what remains? I feel sorry for the victims, the direct ones suffering abuse, and those Zen students who eventually have to realise the true character of their seniors and teachers. I feel sorry for the two old men who destroyed their work of a lifetime, and probably the whole of Rinzai Zen in the U.S.

I strongly believe that in the 21st century in the West we deserve a different, a new way of studying and practising Zen. One, which is not rooted in overcome monastic traditions of a lifelong dependency on old men regardless of their misconduct, but one where we can meet with the true Old Masters of the past on eye level while we sit on our pillows, or whatever we do all day long.

It is up to us now. In the face of all these victims, we deserve a true Zen revolution, at least!