I happened to leave London the night the riots started, which some described as a fight for new sneakers and the latest iPad, others as a consequent social explosion. Avarice, envy and frustration might be major reasons to let us do things, we normally would never accept to happen.

My next stop was Weimar, the cradle of what is known as the Weimar Classicism. Bach, Wieland, Herder, Goethe, Schiller, the genius pianist and generous teacher Franz Liszt, the Bauhaus opening the horizons of contemporary architecture; all of them are closely linked to Weimar, which nowadays merchandise its (at their time not always welcome) geniuses with the symbol of the ginkgo leaf, celebrated in Goethe’s well known poem. 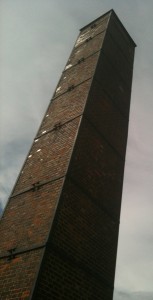 Another leaf is closely linked to Weimar, that of the beech tree. The concentration camp Buchenwald is located just a Sunday afternoon coffee trip’s distance away, and within a few years as many Gentlemen were murdered in Buchenwald, as inhabitants the city of Weimar counts. The incredibly sadist way this happened filled my eyes with tears while visiting the crematory (in spite of heaving learnt all the facts many years ago at school).

How does it go together, the ginkgo leaf and the beech leaf? What answer does Zen offer?

As far as the official and approved successors of Buddha are concerned, I have not much hope. Slaughtering our Chinese brothers and sisters in Nanking, and later justifying the massacre as a good service towards their salvation, since their premature death gives them a chance to be re-born as something better, bares the same barbarian spirit of Buchenwald. The Japanese ginkgo and the German beech are brother and sister in that aspect.

What can we do?

Not taking the opportunity to rob or rape or kill the human being next to me is a cultural achievement, we should not easily underestimate. Zazen is only worth the time spent on our pillow, if it supports us in this effort, understanding me as the culprit, and the victim.

There is no “right way of living amidst the wrong” (“Es gibt kein richtiges Leben im falschen”) the German Philosopher Adorno wrote in his Minima Moralia under the impression of the fascist terror. Zen is the effort of creating a way of living, moment by moment, in spite of all circumstances. And be it nothing more than to wash our bowl after eating. Or maybe (getting back to the cause of the London riots), share some of it’s content, instead of eating all up alone.